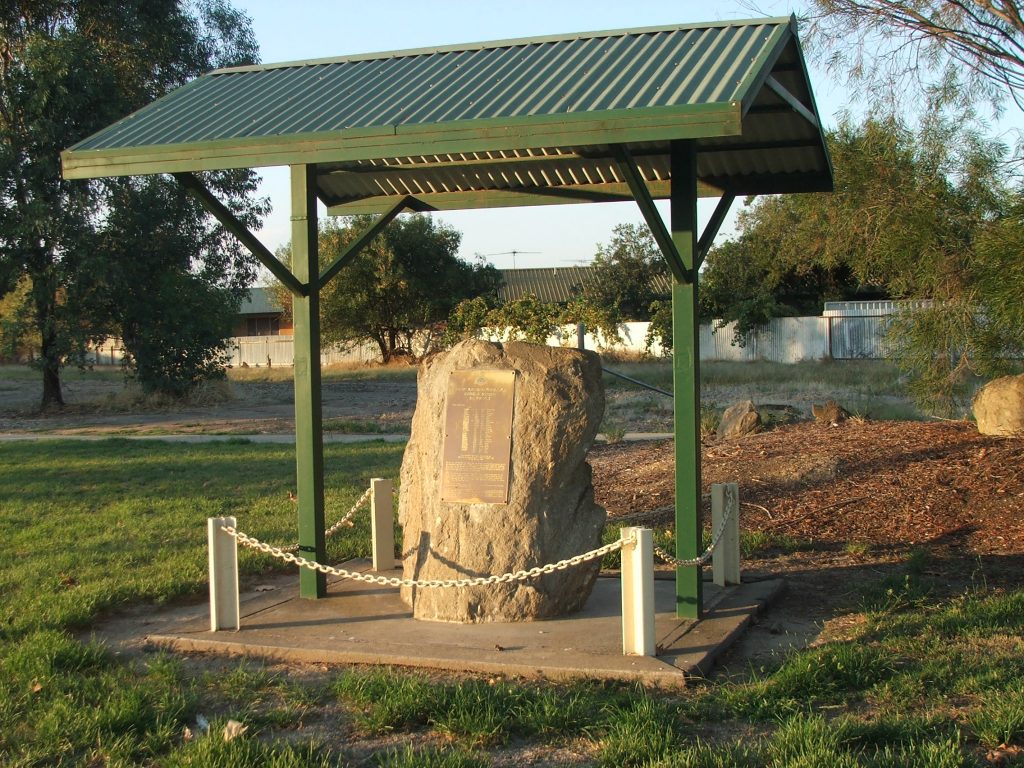 We have just passed the anniversary of what is still Australia’s worst rail-road level crash on May 8, 1943 at 6.30pm.

A bus carrying soldiers on their way to a night out in Albury collided with a locomotive travelling toward Bandiana. Twenty four military and the civilian bus driver were killed.

A cairn with a plaque bearing the names of the victims, and a newly refurbished garden, marks the site near what was Tallangatta Road level crossing.

Apart from those on the bus there were many witnesses to the accident, including soldiers who were walking toward Wodonga with the intention of catching a bus. They saw the accident was about to happen but their attempts to attract the attention of the bus driver failed. Some of those witnesses were so close that they were showered with glass when the impact occurred.

One witness reported that he had seen three buses go over the crossing from the time he first saw the lights of the engine.

To the credit of those witnesses who were there to assist, and four doctors who were on the scene very quickly, it was reported that all the injured were in bed at a military hospital by 7.30pm. In the Border Morning Mail of May 10, 1943 one witness was quoted:

“We were only a matter of a yard or two from the rails when the crash came. The noise was deafening. My first impulse was to run from the horrible scene, but I and my companions proceeded to render what assistance we could.”

The funeral, on Tuesday, May 11, 1943 at Albury war cemetery was the biggest ever, with 24 of the victims being buried. The service was conducted by five army chaplains of different denominations. The cortege was more than a mile long and business premises in Wodonga and Albury were closed for an hour whilst it passed.

An inquest in July 1943 found death from misadventure, with over-crowding being a contributing factor. The bus was licensed to carry 19 passengers and was carrying 35 at the time of the accident.
Published in the Border Mail on 14th July 2016